This is a continuation from my first Tesla Autopilot post here.  Part 1 was a brief recap of (essentially) my amazement using Autopilot for the first time.

I intentionally put the car through increasingly difficult scenarios here to see how it fared.  You never know the limitations of something until you find them, right?

I experienced flawless self-driving when on bright sunny highways as well as in long, dark tunnels and at speeds from 15 MPH to 85 MPH.

Several readers have asked me how it performs in heavy traffic and I can proudly say “amazingly”.  Let me backup and clarify terminology.  Autopilot is a combination of two systems — Traffic Aware Cruise Control and Autosteer.  Autosteer won’t engage below 18 MPH unless you’re following a vehicle, but TACC can be used any time.  And I mean ANY time.  It’s beautiful.  I’ve had Range Rovers with a single front sensor to slow cruise control if the car in front of you slowed, but Tesla’s is an entirely new level.  I can pull out of my driveway, get onto my 30 MPH arterial, jump on a freeway onramp, grind through stop-and-go traffic, and get to my destination ALL without touching the accelerator or brake!

Autosteer, by contrast, is designed for freeway use at this point, but I engage it everywhere I possibly can — to learn the limits (and because it’s fun).

The lanes on the center readout glow blue when the vehicle is confidently tracking them.  They turn grey when it’s finding enough contrast to discern a lane but your alertness should be higher because it might ask you to take over at any time.

After at least 170 miles of testing now, I have only had to manually take control a handful of times, again because I’m pushing beyond what it’s designed to do.  For example, there is a crazy, windy, hairpin-wrought road near me called East Mercer Way (see photo).

It is a challenging road any way you look at it, and Autosteer doesn’t like it.  I don’t think it’s the curves and banks as much as it’s the poor lane markings.  Hmmm… I just had a thought.  Maybe I’ll sneak out in the middle of the night and re-stripe the road so I can give it another shot!

Here’s a scenario that Autosteer didn’t like that I wouldn’t have expected: 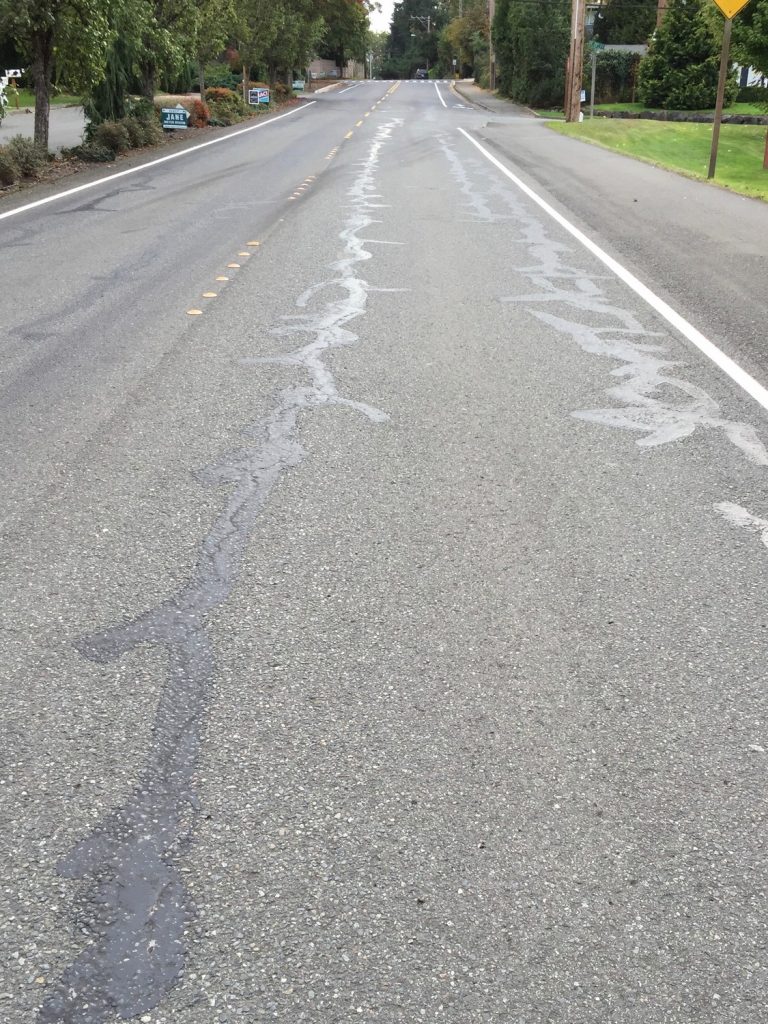 The shiny new tar sealant reflecting in bright sun threw off the Autosteer.  Unexpected but noted.

Here’s an interesting photo of Autopilot performing extremely well in a difficult environment — a slow moving onramp merging onto a fast moving freeway with big trucks all around.

Not only that, but look at what came next.  I-5 North merging onto I-90 East with major, sweeping turns at freeway speeds.  Autopilot was perfect.

In summary, when using Autopilot as directed (freeway use, hands on the wheel for safety) it’s rock solid and downright fun.  When pushing it (freeways and onramps with significant twists and turns) it’s even more fun.  When pushing it all the way (the Nürburgring style hairpins) I discovered its limits.

Remember, though, Autosteer is still officially an optional feature in BETA.  It’s so good already, I can’t wait to see what comes with full Gen I and Gen II.

My Tesla Drove Me 70 Miles Today on Autopilot!

All Investments Are Down -- Except This One